My Limited Time With Cass Turnbull

In 1989 I attended my first Northwest Flower and Garden Show. Today I still have a clear image in my mind of a modest booth situated near the entrance, decked out with mal-pruned plant photos. It was Plant Amnesty. I also remember an engaging conversation with someone at this booth: this must have been the first time I met Cass. From all the accounts I've heard, either first hand or read in so many places, over the past few months, that anyone who met Cass, even for a very brief time, was somehow impacted by her. 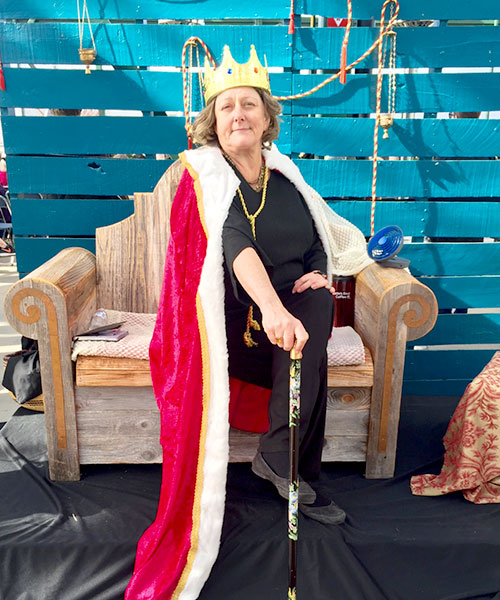 Cass reigning supreme with her brand of pruning advice, @ 2016 Plant Amnesty Prune-A-Thon Photo courtesy of Kim Thomas kajortdesigns.com
I was just beginning my career as an interior designer then, and didn't encounter Cass again for over twenty years.

One of the first classes I took towards my certificate in ornamental horticulture was conifer ID, and let's just say I needed to earn some extra credit! (Botany was going just fine, thank you). I'd begun taking pruning classes through Plant Amnesty the year before, and drew heavily on what I'd learned from Cass to create and present a brochure for the residents of the Inverness community. They were having ongoing 'neighborly' issues with trees growing 'too tall' and obstructing views. I was reminded of the poem, 'Mending Wall' by Robert Frost (the final line..."Good fences make good neighbors."), and thought, don't good trees also make good neighbors? 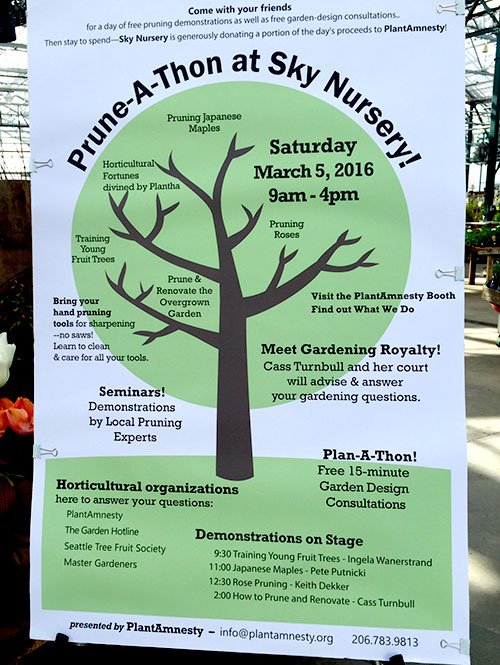 Photo courtesy of Kim Thomas kajortdesigns.com
In my mind an arborist wasn't the solution to this problem. At that point the emotional damage was done, and only more damage, now to the innocently thriving tree, would occur. The solution was in education and good landscape design. Their community rules and regulations didn't specify what could and could not be planted. Armed with my brand new knowledge, I wrote them a guide. In it I provided a list of trees and shrubs that should not grow above their roofline; what to look for in plants not on my list; information about why topping trees is a bad idea; and how to, and when not to prune. I like to think Cass would have approved of my fearlessness.

Image from Cass Turnbull's talk at the 2016 Urban Forestry Symposium
Then two years ago I nominated a tree for City of Seattle Heritage Tree status. Thus beginning a year long trek through over one hundred emails corresponding with the city, a developer, a real estate agent, the extended family of the homeowner (who was no longer able to speak on her own behalf), and Cass Turnbull. Through Cass' encouragement, compassion and humor, I kept up the good fight. One of my favorite emails from Cass is where she told me they would "get me up in the tree!". This past November I felt honored when Cass invited me to join the Heritage Tree Committee. I was excited to get to know her and work with her at their first meeting of 2017. Sadly she passed just a few weeks before I would have had that opportunity. 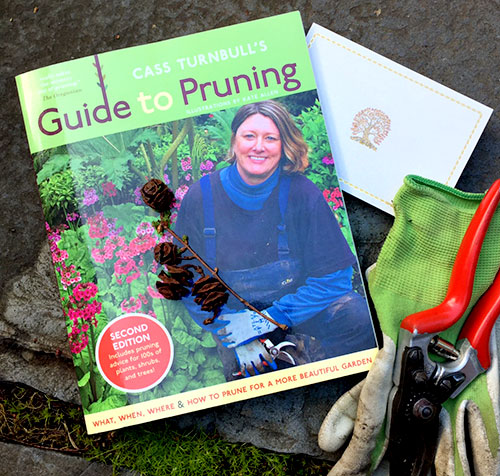 A few of my favorite things, including a personal note from Cass thanking me for my efforts to speak for the trees
The Dawn Redwood I nominated still stands today, and is leafing out despite construction of a new home on its small lot. Every spring the wind blows hundreds of the tree's cones into my garden and I'm reminded of the will to live on that trees possess. The day before Cass' standing room only public memorial the wind blew hard, and those cones arrived. The Dawn Redwood has a new name now. It's no longer simply 'Marian's Tree', but is 'Marian and Cass' Tree'.

If you are interested in continuing the momentum Cass created for green spaces, heritage trees, pruning education and so much more, look into either joining or donating to Plant Amnesty, showing up for a community meeting or purchasing her pruning book for a client gift. One person can make such a difference.

Inspiration & Passion – The Design Process
Community Gardens
A Quick Introduction and Onward to 2022
The Fairest Field
Designing for a Changing World
The Human Connection: People. Relationship. Nature.
Let's get Fiscal
You’ve Got a POD in APLD
Equality, Diversity, and Inclusivity, How Do We Answer the Call?
2020 APLD Service Awards
APLDWA Email Blast Program
How Can I Help?
Let’s Come Together
The New Normal
New Skipper
Meet the Team
Doing What You Say You'll Do
Building Value: Snap, Save, Share To, Send
A Left Brainer in a Right-Brain Profession
APLD International Conference 2019
The Road to Certification and Why You Should Go There
Benefits of Membership
A New Year’s Toast to Insanity
Understanding: 4 Muses-4 Materials
New Beginnings
Why Travel Makes Me a Better Designer
Inspiration and Vision
Boston and APLD Conference 2017
Welcome to the Pacific Northwest-The Future
What is the Story You Want to Tell?
My Limited Time With Cass Turnbull
Quality Construction Begins with Great Design
Emerging Professional Program
Volunteering
Advantages of Joining
APLDWA In Action All Year
History of APLDWA
Winning the Gold
Advocacy for Landscape Designers
Study Weekend - a Smashing Success
Membership Changes
Why Be a Member?
Why Do I Do This to Myself?
How Many Bids?
Stormwater Regulations
Mentoring Program
Garden Tour Road Trip