The Washington Chapter of APLD is one of the three largest chapters in the nation, the other two being California and New England.  But it wasn't all that long ago that we were just a fledgling organization of one.  Tina Nyce, FAPLD, founded this chapter in 1997.  In October 1998 we hosted, at the Bellevue Botanical Garden, a traveling program, "Building for Success," with Joel Lerner - 19 people attended.  On March 18, 1999, with Tina still at the helm, we held our first meeting at the Bellevue Library and at that meeting committed to our first display garden at the 2000 Northwest Flower and Garden Show (NWFGS). 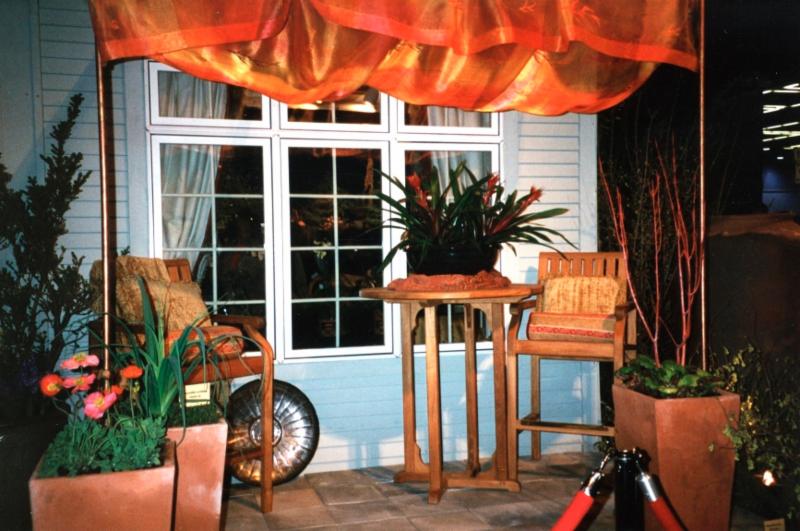 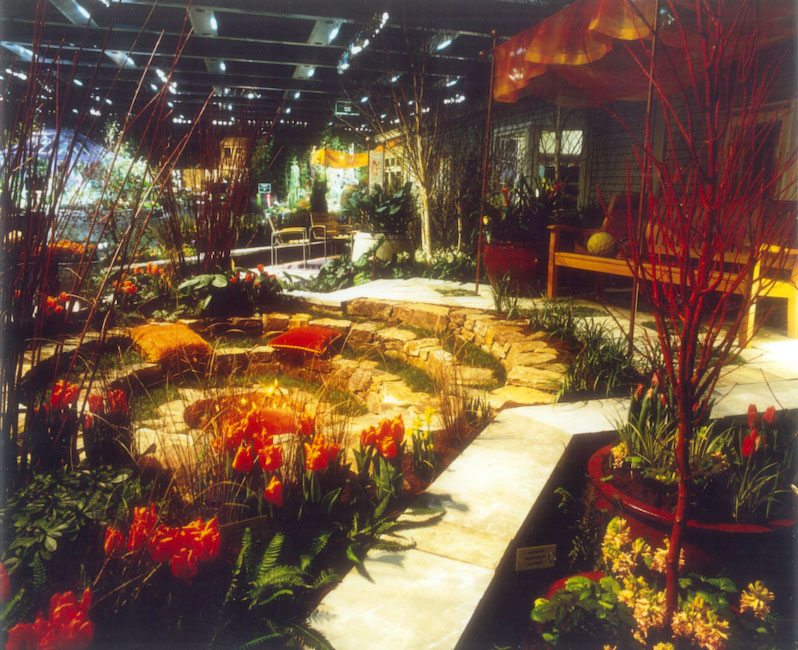 In 2000 APLDWA signed an Affiliation Agreement with the National APLD organization and created our first Board.  Our display garden at the NWFGS, "Hearth and Soul," won the Founder's Cup and Horticulture Magazine's Gold award.  Knowing what hard work the garden show entails, this was a remarkable achievement for such a new and very small organization.

Over the next several years our organization began to take shape.  Membership steadily increased (in 2002, APLD had 33 members in Washington state and 23 were also members of the chapter, APLDWA), three committees were formed and a website was created.  In 2005, we had a positive net income, discussed redoing the website, and were up to 41 members.  In 2006, the Board began having quarterly meetings and we started using Pay Pal.

In 2007, the "Landscape Architectures' Practice Act" was introduced to the Washington State Legislature.  As written, this bill would have seriously limited the scope of work that we, as Landscape Designers, can legally perform.  Our President at the time, Daniel Lowery, APLD, followed this bill through legislation.  In 2008, APLDWA appointed Lisa Port, APLD, to be our Legislative/Advocacy Chair.  Through her active involvement and persistence, the bill was revised and now includes exceptions that allow Landscape Designers to legally work.  The bill became law in 2010.

2008 also was the year we hosted our first financially successful Symposium on Sustainability.  We distributed a monthly newsletter via Constant Contact and held programs nearly every month of the year.  Since 2010 we have had a presence at the NWFGS with either a display garden and/or consultation space, winning top awards.

It has taken 17 years to build our Washington chapter of APLD.  We are now 92 members strong—6 Certified, 78 Professional, and eight Students.  We host monthly programs and sponsor members to attend national conferences.  Our website lists all our members and their contact information for prospective clients.  Our sponsorship program, begun in 2009, has grown to include eight companies across an array of specialties.

We have, from the beginning, attracted a group of dedicated, talented and hard-working designers who have poured countless hours of their time into making this organization successful.  As your Board convenes this month to develop our 2015 budget, we are ever mindful that we are your organization and as such, we strive to:

Inspiration & Passion – The Design Process
Community Gardens
A Quick Introduction and Onward to 2022
The Fairest Field
Designing for a Changing World
The Human Connection: People. Relationship. Nature.
Let's get Fiscal
You’ve Got a POD in APLD
Equality, Diversity, and Inclusivity, How Do We Answer the Call?
2020 APLD Service Awards
APLDWA Email Blast Program
How Can I Help?
Let’s Come Together
The New Normal
New Skipper
Meet the Team
Doing What You Say You'll Do
Building Value: Snap, Save, Share To, Send
A Left Brainer in a Right-Brain Profession
APLD International Conference 2019
The Road to Certification and Why You Should Go There
Benefits of Membership
A New Year’s Toast to Insanity
Understanding: 4 Muses-4 Materials
New Beginnings
Why Travel Makes Me a Better Designer
Inspiration and Vision
Boston and APLD Conference 2017
Welcome to the Pacific Northwest-The Future
What is the Story You Want to Tell?
My Limited Time With Cass Turnbull
Quality Construction Begins with Great Design
Emerging Professional Program
Volunteering
Advantages of Joining
APLDWA In Action All Year
History of APLDWA
Winning the Gold
Advocacy for Landscape Designers
Study Weekend - a Smashing Success
Membership Changes
Why Be a Member?
Why Do I Do This to Myself?
How Many Bids?
Stormwater Regulations
Mentoring Program
Garden Tour Road Trip