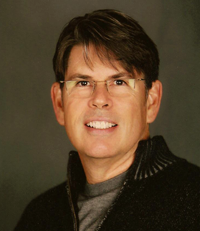 Daniel is owner and the lead designer at Queen Anne Gardens LLC, a design/build firm in Seattle, WA. He studied Ornamental Horticulture at Michigan State University and Landscape Architectural Technology at Lansing Community College. While practicing landscape design at a nursery in Mt. Clemens MI, he was occasionally called to help unload semis of hardy shrubs coming in from Oregon. That experience led to a visit to the Pacific Northwest in 1981 where he felt immediately at home. Living on Queen Anne Hill for most of his Seattle tenure, he finds working in the city, especially Queen Anne/Magnolia/Capitol Hill neighborhoods most pleasant. Personal referrals have supplied design and construction adventures on most of the islands in Puget Sound as well. 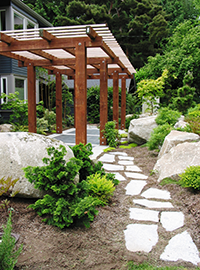 He is a founding member of the WA Chapter of APLD, established in 2001. Daniel has served the state chapter as Secretary, Treasurer and President over several years/terms and has supported the building and design of APLDWA display gardens at the Northwest Flower & Garden Show. He also served at the national level of APLD as Communications Chair for seven years.

Defined as a Designer, Artist, General Contractor, Daniel Lowery, APLD is an award winning garden designer who has had a love and passion for gardens since he was a child. He believes, “Garden design is an art form. A garden is a 3D living sculpture that is not only beautiful, but works to protect and nourish the owner.” His focus is on creating northwest gardens that capture the emotional aesthetics of the client while fulfilling their practical needs. “The health and beauty of a garden depends on the location, the light, the land, the design, the plants chosen, and the soil.” 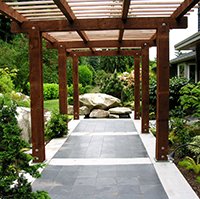 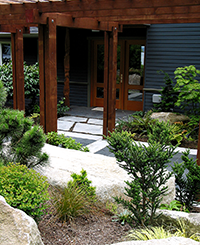 The site is a shelf between two sharply dramatic slopes: one sternly overlooking the property, the second falling sharply away. Collaborating with the property owner and designers at Heliotrope Architects, complete re-envisioning of the house led to a totally new street-side garden.

Features include an entry corridor with arbor, slate tile walkway and fountain. Granite is found extensively throughout the garden: in boulders [the largest one weighing 11 tons], dimensional material for steps, slabs for paths and crushed granite gravel for the driveway.

The solid and heavy garden serves as a visual and psychological anchor and protection for the house and family on this slope. 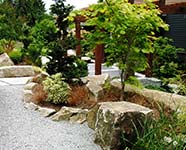 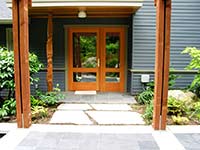 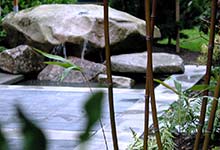 Wedgwood Neighborhood ~ Under the Cedars

To learn more about Daniel and the company visit www.queenannegardens.com and follow Queen Anne Gardens on Facebook.